LOOK: Oman Publishes 42 Covid-19 violators of the decisions of the Supreme Committee

Muscat: The courts of first instance in the governorates of Al-Batinah South, Musandam, Al Sharqiyah South, and Dhofar, during the period (from 11/24/2020 to 12/3/2020 ) issued a number of criminal judgments against violators of the decisions of the Supreme Committee in charge of examining the mechanism for dealing with developments resulting from the virus. Corona (Covid 19).

Oman Public Prosecution said online : Primary courts in four governorates issued judgments during the period from 24 November to 03 December 2020 against the offenders and sentenced them imprisonment to a period up to 3 months and fines up to 1000 OMR in addition to deportation from country for expats.

Public Prosecution initiated criminal action against 42 offenders for violating the Supreme Committee’s decisions. Violations include the ban on movement, gathering and no wearing mask in public.
Among the nationality, 20 Philippines, 9 Omanies, 9 Bangladeshi,  2 Indians, 2 Pakistani, 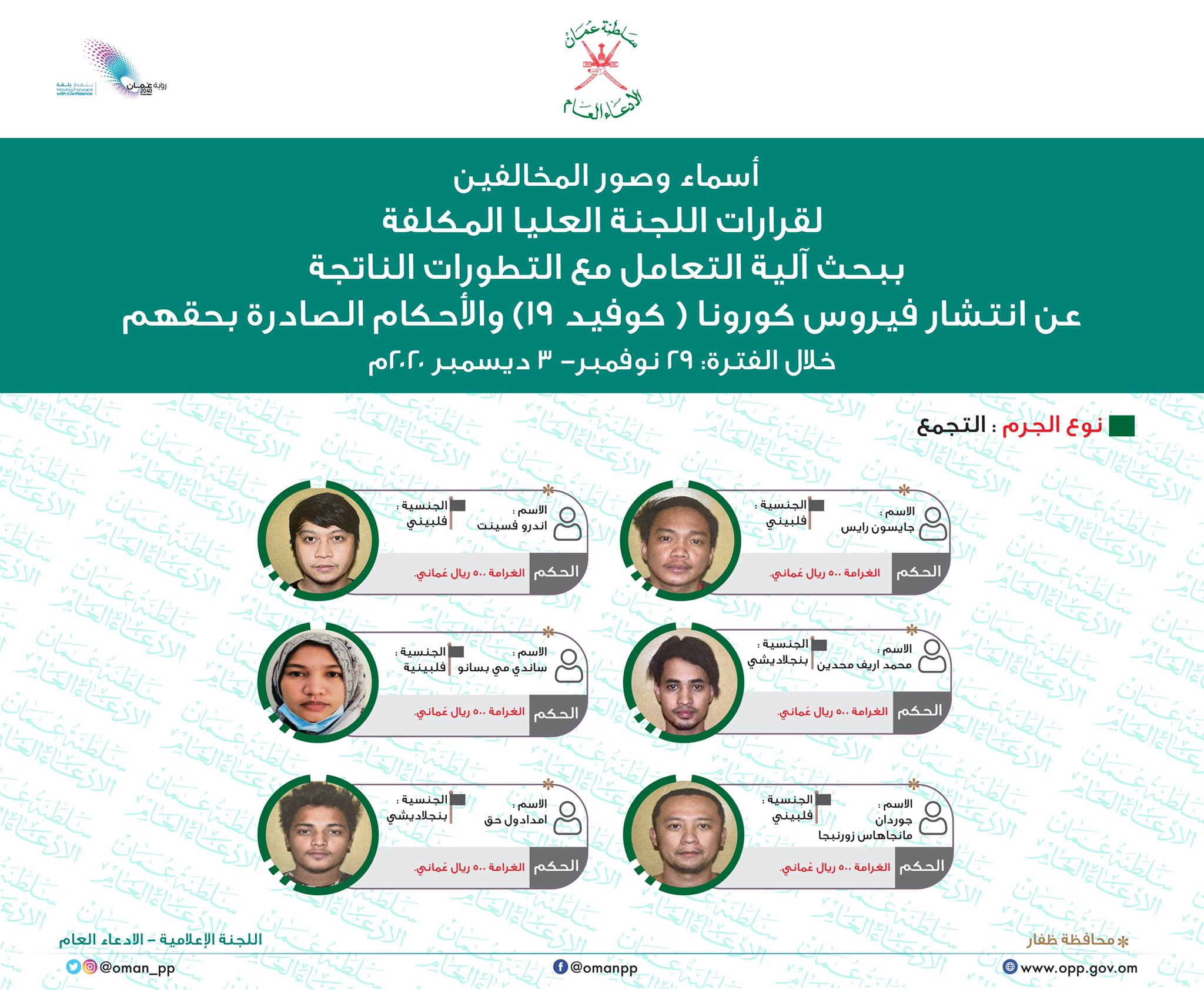 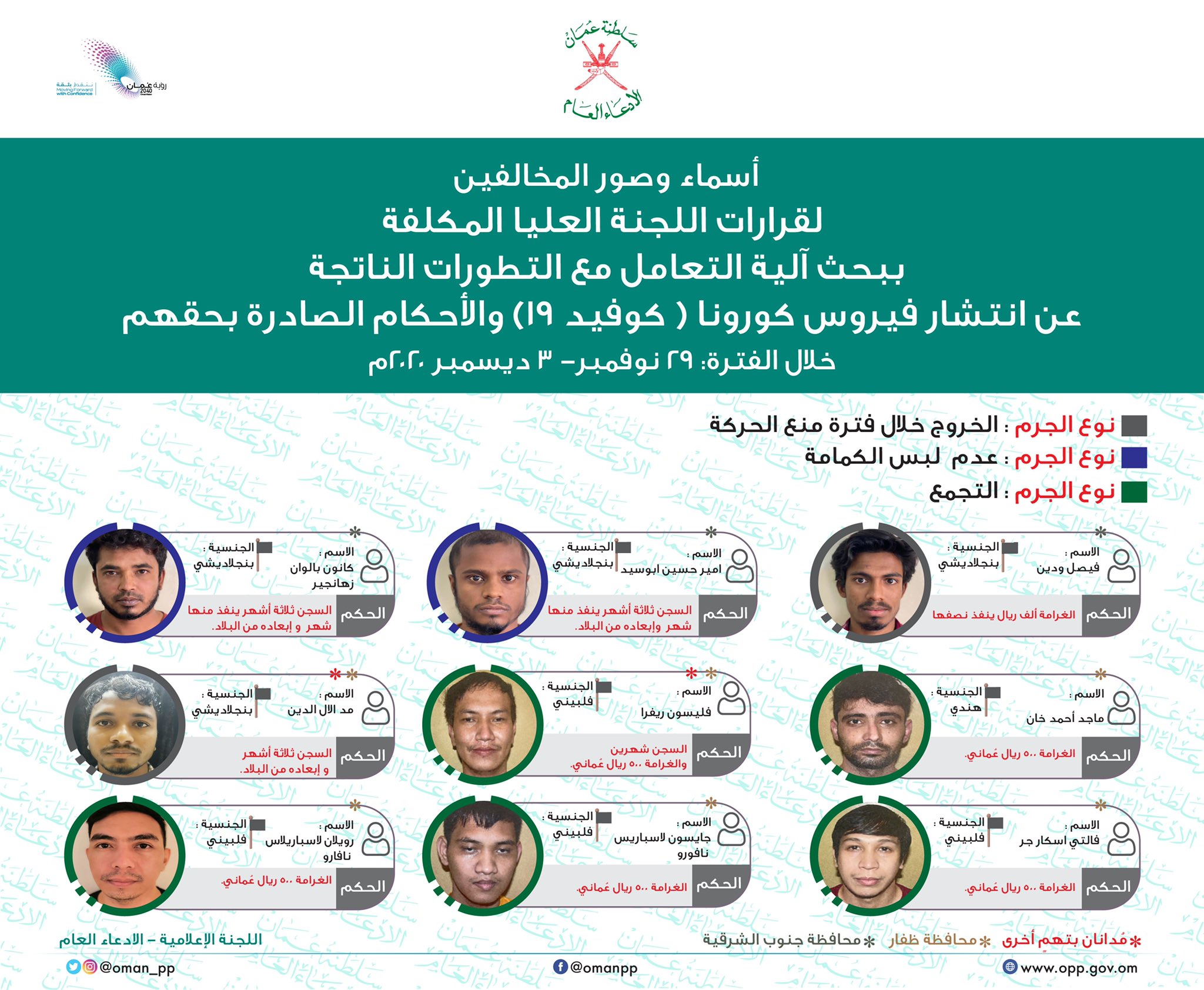 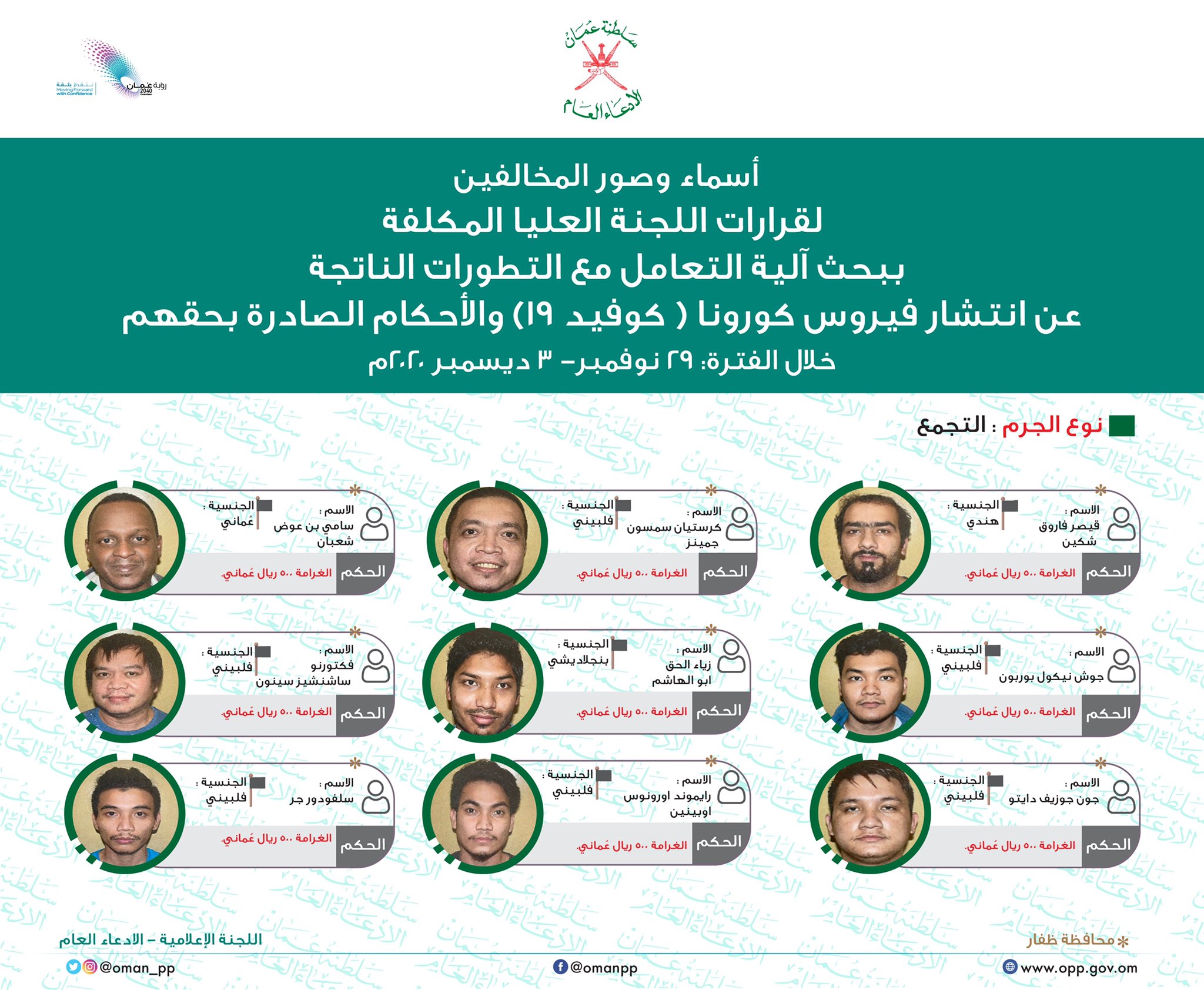 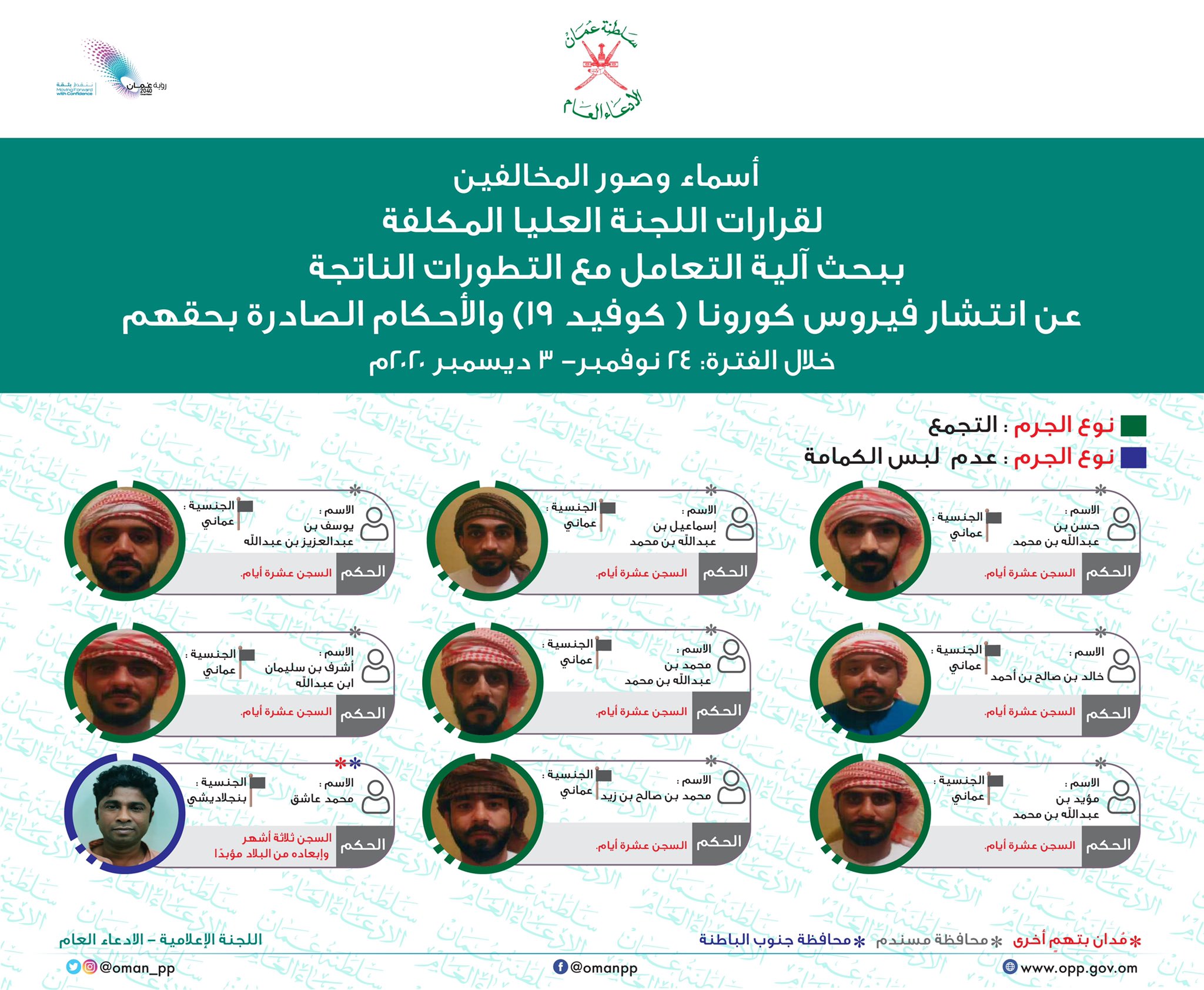