Muscat: His Excellency Qais bin Muhammad Al-Youssef, Minister of Trade, Industry and Investment Promotion, issued Ministerial Decision No. (183/2020) to form a working group to study the phenomenon of “multiple commercial registrations and their trade in them.”

The team is headed by Dr. Saleh bin Saeed Masin, Undersecretary of the Ministry for Trade and Industry, while the team includes in its membership the competent authorities represented:

Undersecretary of the Ministry of Economy, Chairman of the Board of Directors of the Oman Chamber of Commerce and Industry.

Assistant Director General for Financial Affairs at the Ministry of Interior and a representative from the Small and Medium Enterprises Development Authority.

The Ministry of Trade, Industry and Investment Promotion, in cooperation with the competent authorities, seeks to create an appropriate and stimulating investment environment for commercial companies.

Where the team will review the mechanisms and controls to regulate the multiplicity of commercial records and legalize the issue of canceling lease contracts for commercial stores and control them through coordination between the concerned authorities and work on inspecting and visiting sites and knowledge of the workforce, and setting up mechanisms to ensure the existence of existing business for private institutions on the ground, and follow up the extent of commitment These institutions have Omanisation programs and their percentage, and the team will ensure that adequate housing is provided for the expatriate workforce in accordance with the regulations governing this.

The team will develop appropriate solutions to curb the phenomenon of hidden trade, and hold meetings with representatives from the private sector and small and medium-sized enterprises, to obtain their views and discuss their views to reduce the phenomenon of multiple commercial registrations. 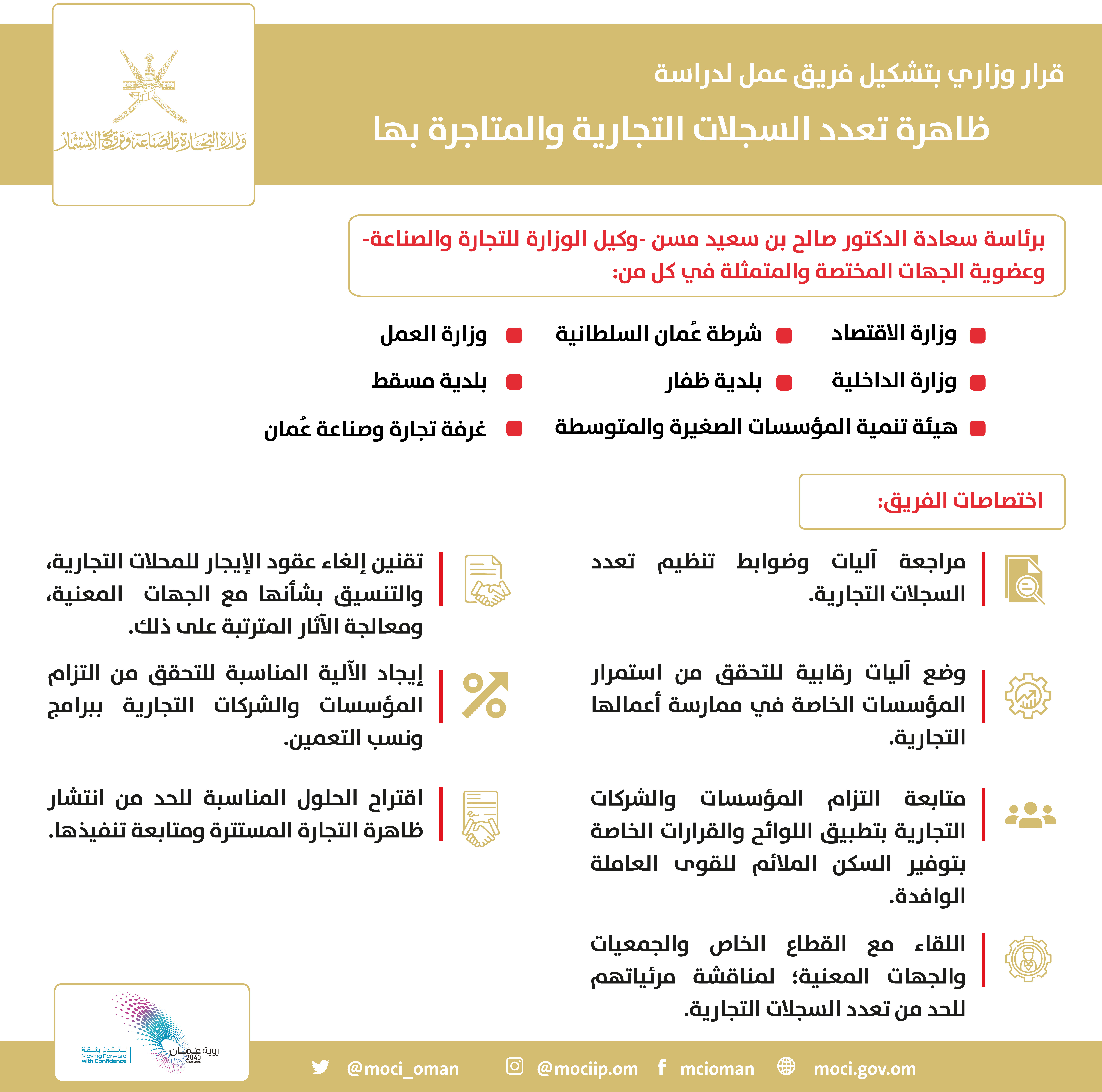